Episode 48: How To Keep Your Relationship Strong Throughout Military Life 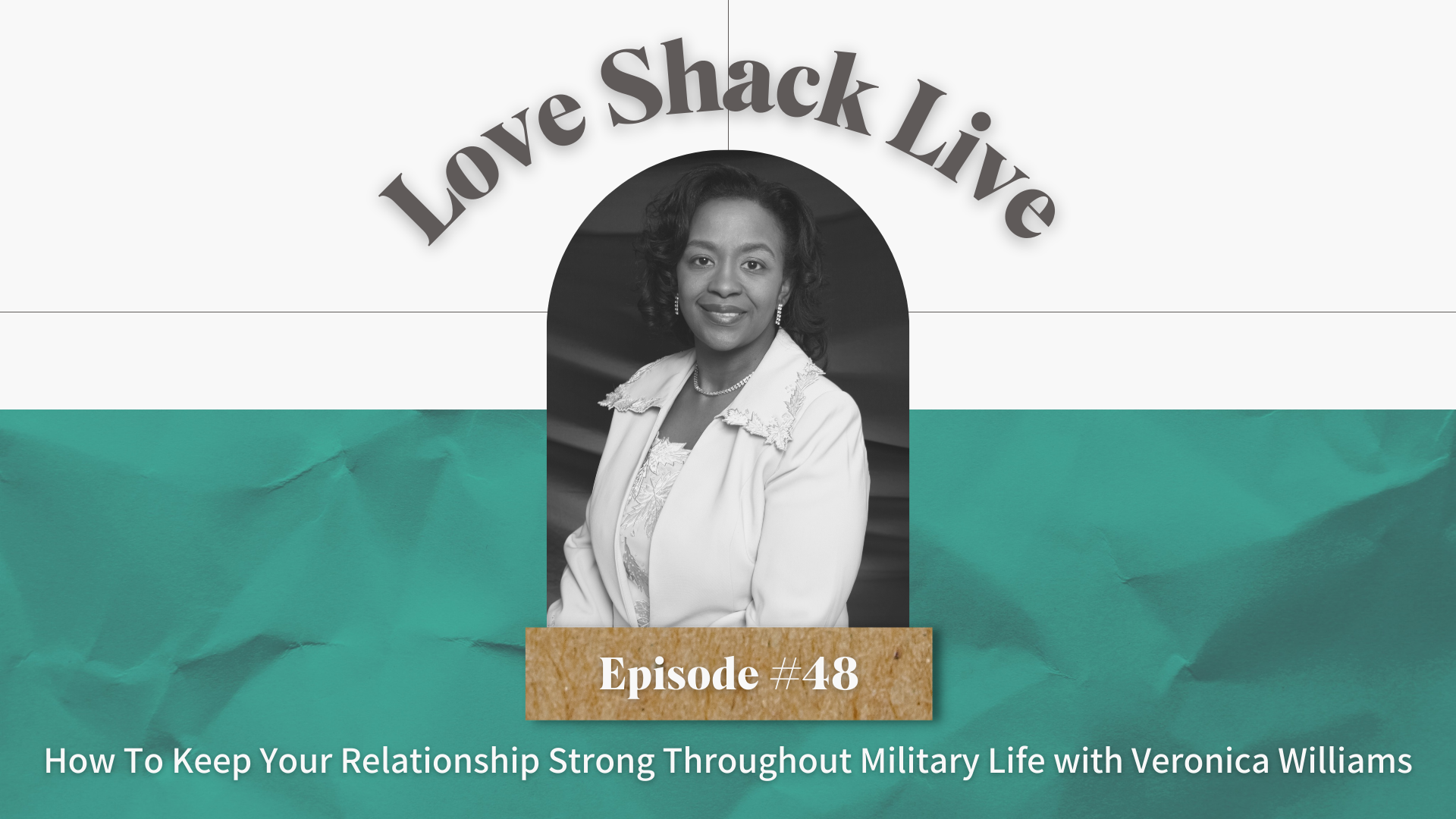 This week, days away from the 20th anniversary of September 11th, we are honoring the many couples that sacrifice so much day in and day out by serving in our military.

The impact and sacrifices that military members and their families make are huge. Typically as one person is training or deployed, the other is keeping the home and family together. Couples and families can go weeks if not months without hearing the voice of their loved one, oftentimes without the reassurance of knowing they are safe. A challenge that is hard to comprehend unless you’ve experienced it. All while having to deal with all the day-to-day stuff we already know can be daunting enough at the same time as navigating missing and worrying about the safety partner.

In the Love Shack this week, we’re honored to have special guest Veronica Williams. Veronica has been a military wife for more than 20 years to her husband Darrell of 30 years while he traveled as an Operations and Vice Presidential Communications Officer, leading over 500 White House missions. Following the tragedies of September 11, 2001, Darrell was selected as 1 of 5 key leaders, from 30 senior managers, to direct emergency action communications for the Vice President of the United States, to include duties as an Air Force Two Command Representative.

In this episode, we're covering several key topics about the most common forms of betrayal (outside of cheating) that destroy our relationships, including:

Have questions about love and relationships? Leave a message for us here: stacibartley.com/message